Residents of omukashenyi and Bwanda parishes of Buhunga sub-county Rukungiri district are in a shock following unexpected land slides that hit their area destroying mainly crop gardens leaving hundreds with no nothing to eat.
The land slides follows a 9 hour heavy down power.

The vice chair person Rukungiri District Ms Santurina said the unexpected landslides could have been caused by swamp encroachment warning the residents to respect and conserve the wetlands.

Ambrose Wesigye one of the affected said he was shocked to see the wind and soil moving unexpectedly forcing him to inform the public witness also the calamity.

Hope Nshemerirwe one of the owners of the affected land decried to government for immediate intervation for the calamity has left her landless .

URSB tips judicial officers on business rescue as they celebrate the rise in Non...

Use of Clean energy technologies will improve Uganda’s... 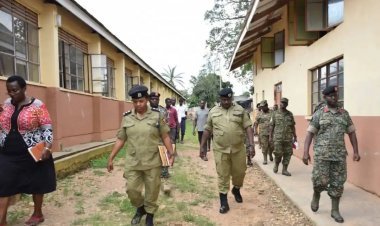