Burundi's Joseph Ntakaritumana is the Newly Elected Speaker of EALA Joseph Ntakirutimana has ealier today been elected as the 6th speaker of the East African Legislative Assembly taking over from Rwanda’s Martin Ngoga whose term ended on December 17, 2022.

The Republic of South Sudan withdrawrew its candidature in the race for speaker leaving the Republic of Burundi's Candidate unopposed, however, the candidate had to get 1/3rd of the house approval.

He won after 54 members out of the 63 voted in his favor, while one voted against him. Eight votes were invalid.

In his acceptance speech, Ntakirutimana thanked the Republic of South Sudan for withdrawing their candidate in the speaker race and promised to work for the good of all.

"I am deeply grateful to my colleagues from the Republic of South Sudan for their amical gesture to withdraw their nominations for Speakership of the Assembly. I will work together with you and each member for the common good of the people of East Africa."

"I wish to assure you, Hon. Members, that I will perform my statutory functions and execute the duties as Speaker in a dignified manner, always abiding by the letter and spirit of the Treaty for the Establishment of the East African Community, the Rules of the Assembly and other laws of Community." Noted Ntakirutimana

"I will spare no efforts to build consensus amongst ourselves, to strengthen collaboration and teamwork with other Organs, especially the EAC Summit of Heads of State, the EAC Council of Ministers, the Secretariat and Institutions of the EAC and the National Assemblies of the Partner States, while also engaging broadly with other stakeholders in the private sector, civil society organizations, other interest groups and the people of East Africa at large." he said in his speech

He added that, "We must ensure that, in discharging our legislative, oversight and representation functions, the interest of the people of East Africa is given top priority so as to meet their legitimate expectations to uplift their standard of living.

390 road crashes registered in one week, Gov't passes strict Guidelines ahead of...

URSB tips judicial officers on business rescue as they... 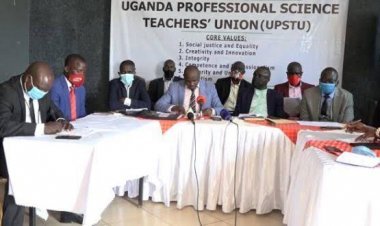